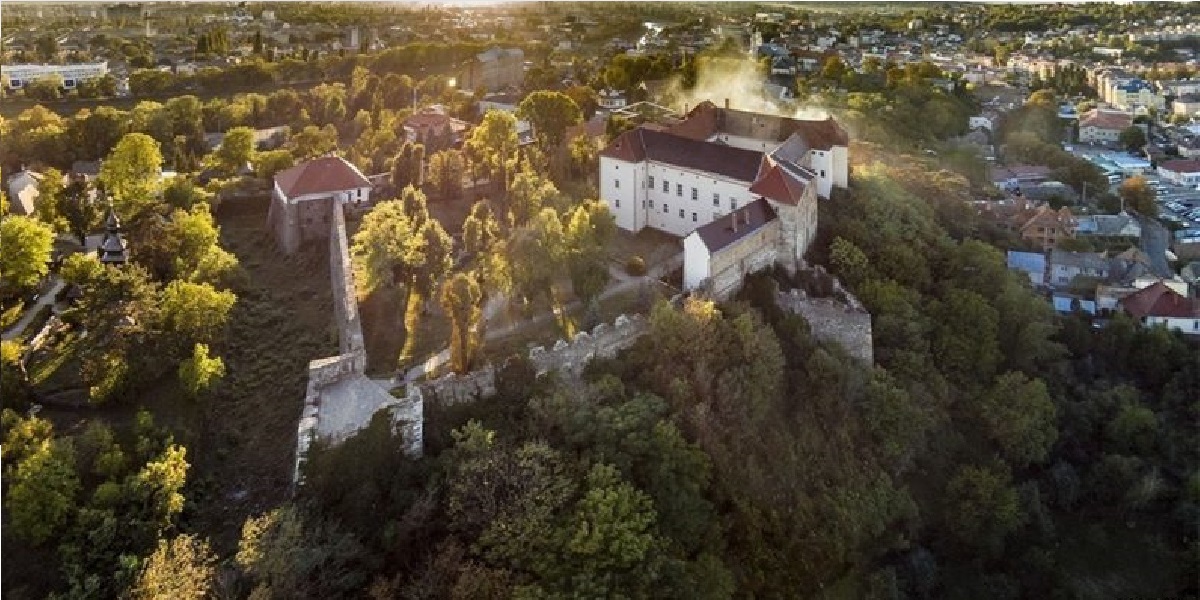 Uzhhorod Castle (Ukrainian: Ужгородський замок; Hungarian: Ungvári vár) is an extensive citadel on a hill in Uzhhorod, Ukraine. It was built in a mixture of architectural styles and materials between the 13th and 18th centuries and figured heavily in the history of Hungary. The very name of Uzhhorod/Ungvár refers to the castle, translating as “the Uzh castle”.

The earliest stone buildings on the site of the castle may be dated to the 13th century. Charles I of Hungary gave the castle grounds to his Italian supporters from the Drugeth family.[1] They erected a rectangular defensive structure with rhomboid bastions that recalled the castles of South Italy.[2]

The fortification, augmented in the 16th and 17th centuries, underwent numerous sieges (the last one by Francis II Rákóczi in 1703-04) but was never taken. In the 18th century, it was modernised under the supervision of Lemaire, a military engineer from France.[