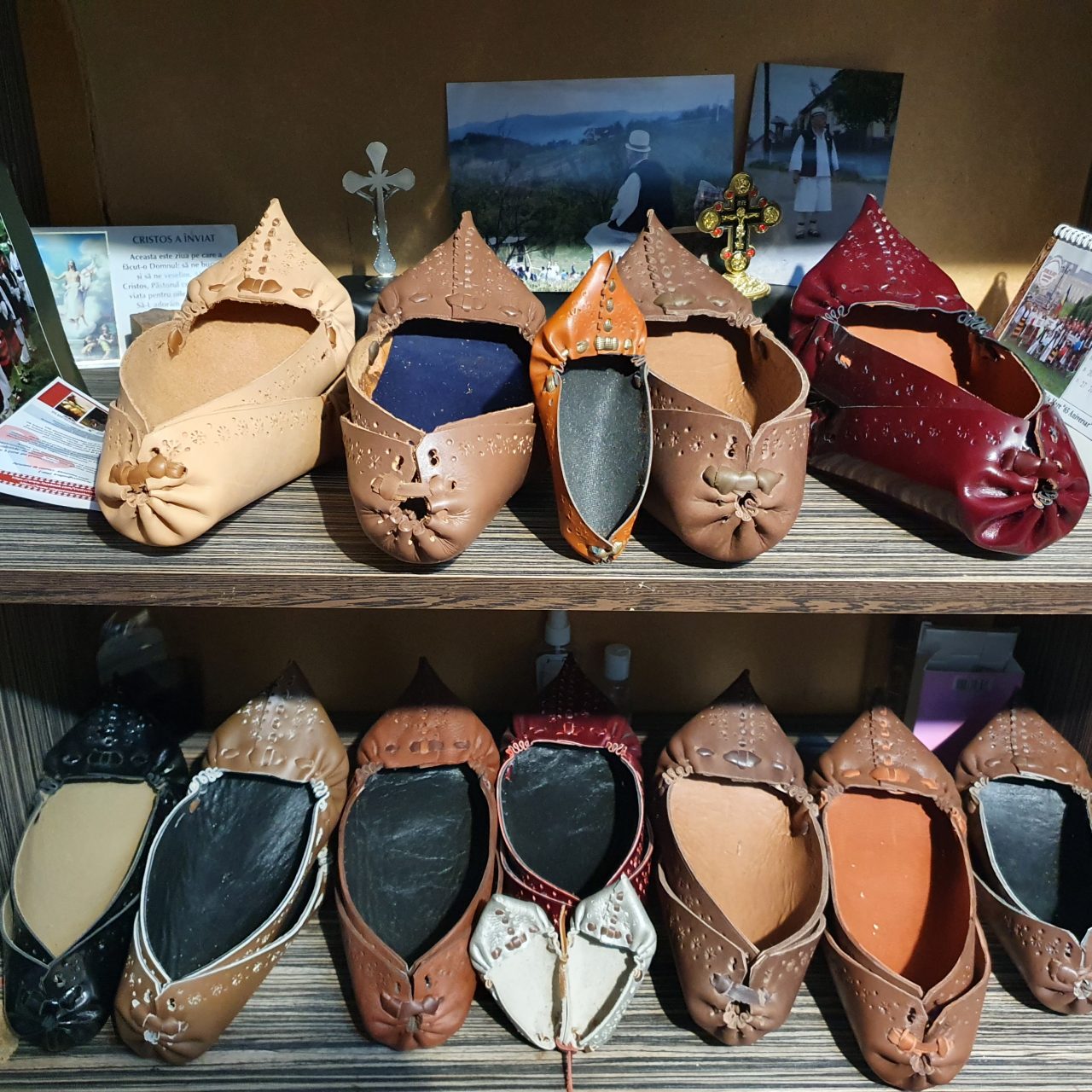 One of the rare and skilled craftsmen in the art of traditional shoes, Gheorghe Roman, dedicates his time and energy to making this traditional and valuable type of footwear. Skilled and tenacious, he carries on this almost lost craft. Roman Gheorghe is a well-known traditional footwear maker from Bârsana, Maramureș, Romania. He has been practicing this craft for 50 years now and still works with great pleasure, even if it can be a very meticulous thing. He is even happier nowdays because the habit of wearing traditional clothes has lately returned in the peoples’ attention. He wears the traditional costume for every holiday, being very proud of the cultural legacy of Maramureș, the patois of the region and the folk costume. The master Gheorghe Roman was a blacksmith for 35 years. When he started to work with iron, he made all the necessary agricultural tools in a household. Now, he passed this craft to his son and he became a traditional footwear maker.
Mister Roman works with great care and feels very happy and fulfilled when he sees women or men wearing his creations, many of which being worn in several countries in the world. He works in his own home-workshop; he has a wooden log on which he works, a hammer, and some other necessary tools. The leather materials are brought from Italy. Gheorghe Roman makes traditional footwear on request, but he also sells the goods on the market or to various fairs around the country. Tourists can visit his workshop as he is very open to receive guests.