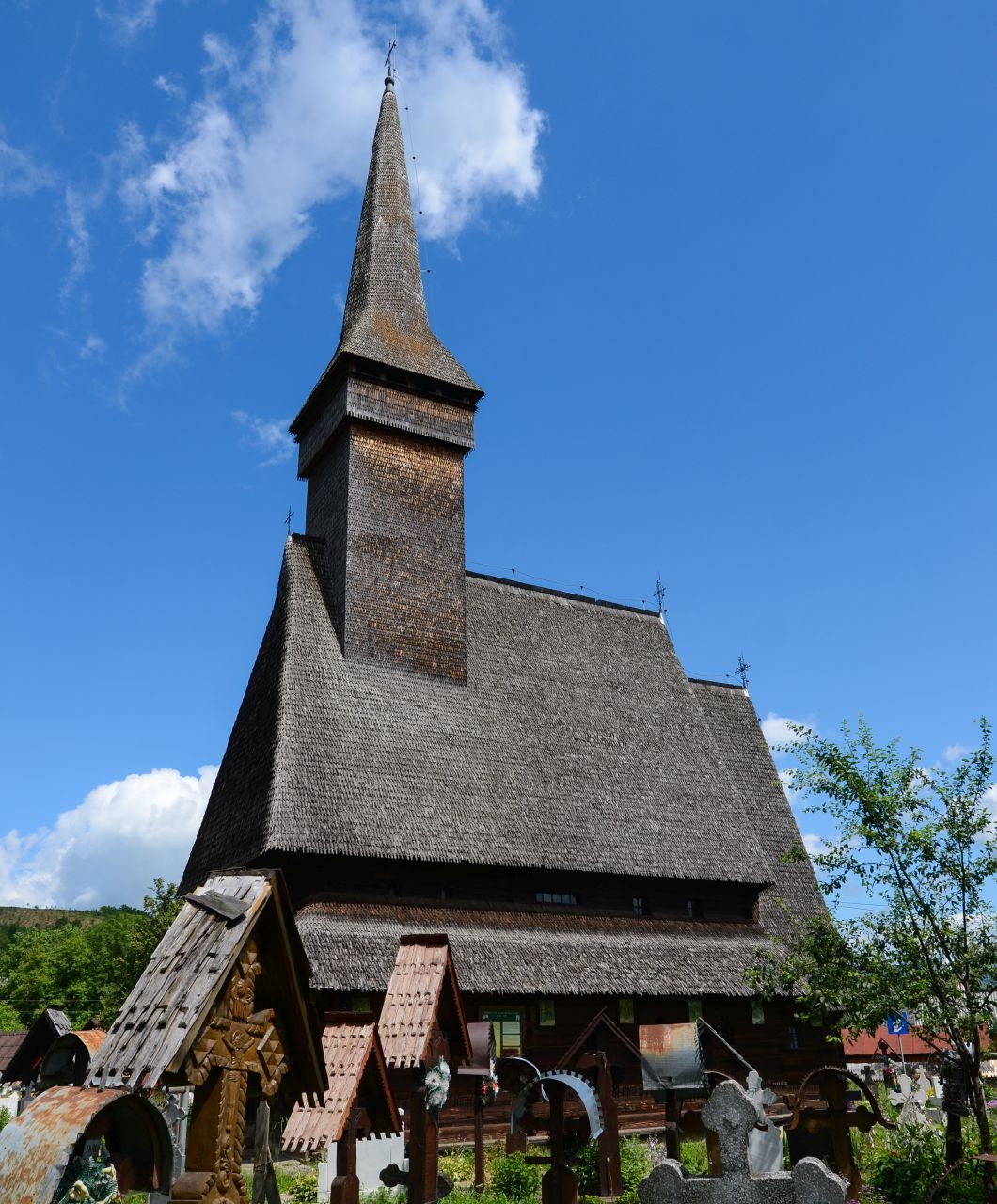 The year of the construction of the wooden church in Ieud Şes is questioned by historians and specialists. The team of architectural restorers (SC Manisa SRL – Niels Auner) and painting (SC Danart Import Export, painter Dana Luminiţa Postolache) claim in the posts in the archive of the Union of Restorers that the church was built, “according to archival documents, in 1712” (not specifying which are those documents) and “according to tradition, in 1717”, in the same study stating that it was “erected around 1718, after the last Tartar invasion”.
Al. Baboş claims in Tracing a Sacred Building Tradition that it was probably built in “1710, or in previous decades” (p. 87), in the rest of the work mentioning only the seventeenth century as the date of construction of the church.
Regarding the painting, the restorers claim, in the summary from the archive of the Union of Restorers, that: “the interior was decorated in Byzantine style in 1765 by the painter Alexandru Ponehalschi. The interior painting, made in 1841, is almost completely erased. ”
According to the legend, the outlaw Pintea contributed to the construction of the church with a yellow hat that he gave to the locals who met him while raising money in the richer areas of the plain over Ţibleş. He would have told them to look for him if they did not have enough money and to call him to the sanctification of the church. Thus, Pintea would have participated in the consecration and would have brought the huge stone that is at the entrance to the church. (https://maramures.culturamm.ro/biserica-de-lemn-nasterea-maicii-domnului-din-ieud-vale/)