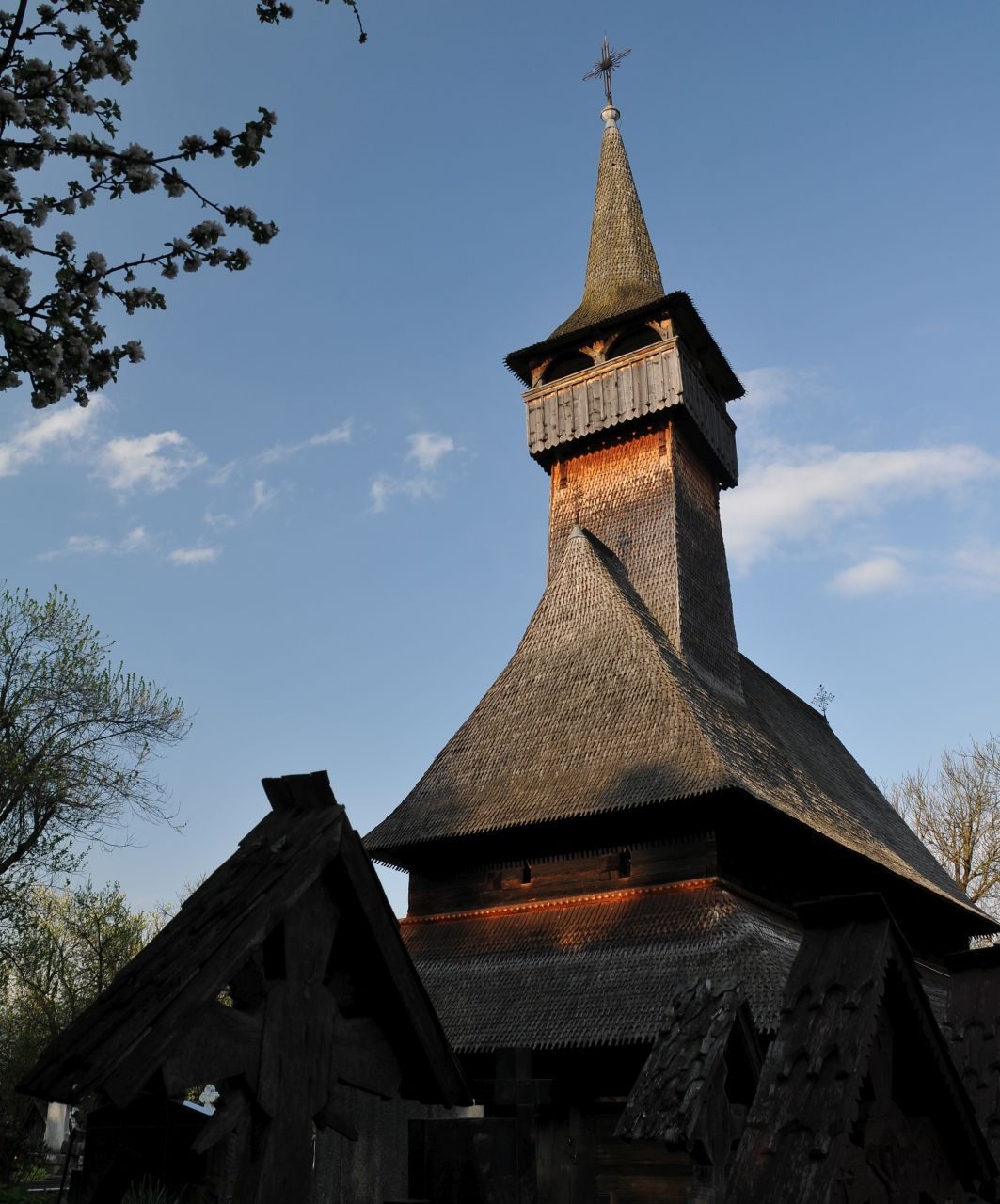 The date of the construction of the wooden church in Ieud Deal has long been controversial. The elders of the village (and not only) claim that the church was built in 1364. During the restoration works in 1997, dendrochronological research was done which indicated as the date of construction of the church the first decade of the seventeenth century (1611-21). The wooden church “Birth of Saint Mary” from Ieud Deal is built of fir beams, with a polygonal altar, with five exterior sides, and the sixth formed by the dividing temple between the altar and the nave. The tower has the shape of a prism with a square base that rests on the walls of the nave. It is dressed with planks placed vertically. It has a gazebo with nine pillars connected to each other by simple arches, over which rises the shingled roof. (https://maramures.culturamm.ro/)