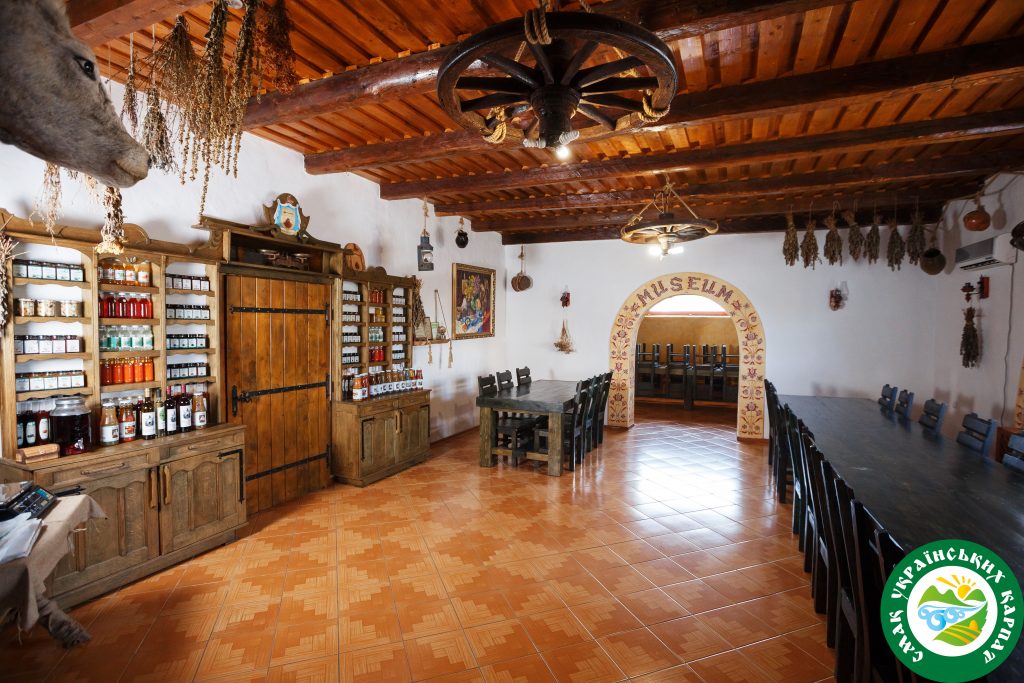 In the countries of the Carpathian region, the cultural and culinary influences are numerous, and the common aspects, especially in terms of gastronomy, can be easily traced. Due to their geographical position, history and cultural aspects, the countries in this region borrowed from each other traditions, customs, crafts, including culinary recipes, which they later adapted to the specificity of each region. One such common aspect is plum jam, which is cooked similarly in Romania, Hungary and Ukraine, but with small alterations depending on each area.
In the villages of Ukraine, plum jam is also a traditional dessert, locally known as “”lekvar””. It is cooked on an open fire for a long time, usually from 6 to 24 hours. The preparation of the jam is a family tradition in the villages of Transcarpathia, preserved even today, each member of the family having an important role in preparing this dessert. Men have the task of lighting and supervising the fire, women are to clean plums, and all of them, together with the children, take turns mixing the plum mass in a copper cauldron. Stirring is one of the most important stages of cooking lekvar, because it can burn underneath in the cauldron. To facilitate the mixing process, they invented a special mechanism, similar to a wooden paddle, which is actuated by a lever, turning it alternately left and right. Another essential aspect is that no sugar is added to the levkar, being a natural dessert. Lekvar is ready when it has thickened and turned dark brown, almost black. This dessert can be stored in glass or ceramic jars for several years, so it can often be given to relatives and friends as a gift.
The only tasting room in Ukraine for lekvar – a traditional Hungarian plum jam. The museum was created on the initiative of Pavlo Tizesh, the owner of the Tizesh farm, which is well known in Ukraine as the first producer of organic food sold under the “”Pan Eco”” brand. In addition to tasting plum lekvar, museum visitors are offered: tasting of manhalytsia pork, tasting of organic juices, tasting of organic fruit products, tasting of Hungarian cuisine and excursions to the organic manhalytsia pig farm.