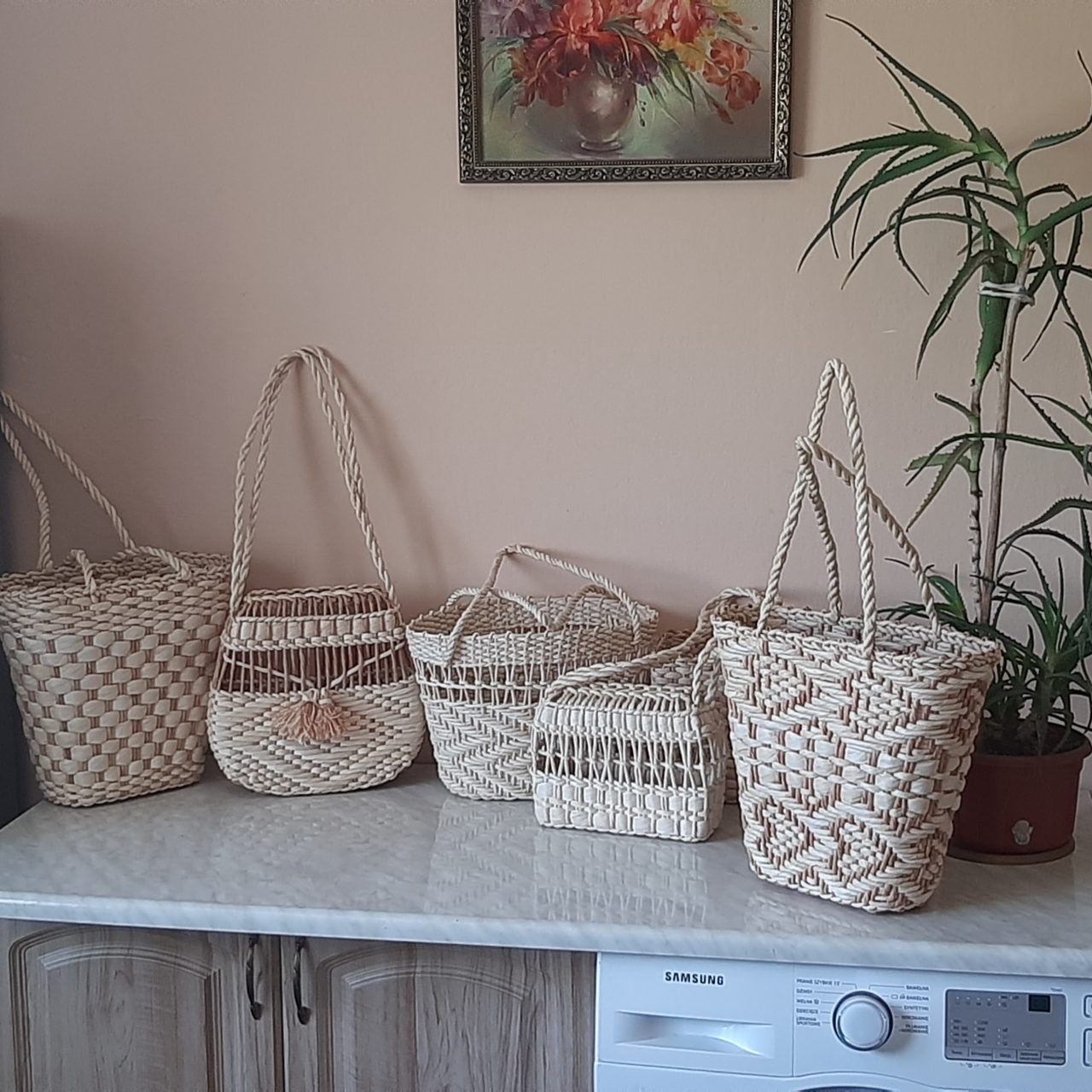 Corn husk braiding ******In the first half of the last century, the main activities of the inhabitants in the rural areas in Transcarpathia, Ukraine, were beekeeping, fishing, hunting, picking berries or mushrooms. At that time, natural resources were the most important source of living for most locals. Working with “”shumelynia”” – dried corn leaves – was the main occupation for the people of Vyshkovo village, where it is still preserved today.
Popular wickerwork schools were established in the villages of Iza and Kosheleve in the early 20th century, and the authorities also focused on developing the craft of using dried corn leaves, woven in Vyshkovo. During the 1920s there was a real “”artistic explosion””, a variety of products made by mastersworking with wicker and corn husk appeared at fairs in the cities of neighboring countries. In cities of Czechoslovakia, Poland, Hungary or Romania wicker ornaments have become extremely popular, and these trades have gained the status of craftsmanship. As for making baskets from corn husks, the chosen leaves should be white and soaked in warm water. Baskets, women’s bags or decorative objects can be created from these leaves. Depending on the complexity of the product, the process can take a whole day or less than an hour. Bohosh Svitlana is one of the persons keen on keeping this craft alive by creating beautiful corn husk products.